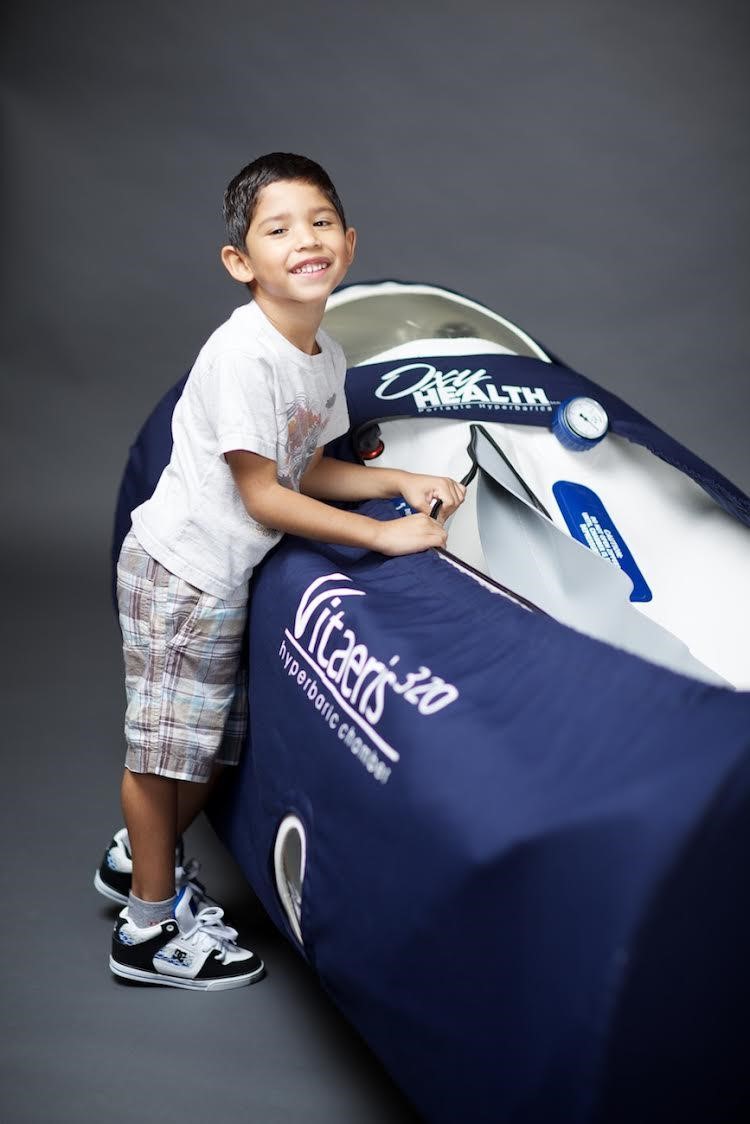 Hyperbaric oxygen therapy (HBOT) is the medical use of oxygen in a pressurized environment, at a level higher than 1 atmosphere absolute (ATA). Increased pressure allows for oxygen to dissolve and saturate the blood plasma (independent of hemoglobin/red blood cells), which yields a broad variety of positive physiological, biochemical and cellular effects. This noninvasive therapy is the most trusted way to increase oxygen levels to all organs of the body. The typical treatment lasts for 60-90 minutes, during which the patient lies down and breathes normally.

HBOT has been demonstrated in several clinical studies to enhance the body’s innate ability to repair and regenerate. It is used as an adjunct therapy to complement and enhance the healing process in both chronic and acute conditions.

Conditions treated with HBOT include but are not limited to:

It’s like when you purchase a bottle of soda, the CO2 (carbon dioxide) gas bubbles are under pressure, which decreases the size of the bubbles enough that they dissolve into the liquid. Therefore, you are unable to see them. When pressure is released, the volume of each bubble increases and the bubbles appear. While an individual is under pressure, the oxygen molecules decrease in size and are able to dissolve into the blood plasma. This exponentially increases oxygen delivery throughout the body and makes it possible for oxygen to reach inflamed tissue and support optimal cellular and organ functionality.

Mild Hyperbarics For Impaired Brain Function
Neurology & Hyperbarics
Stroke Study
Hyperbaric Oxygen Therapy, or HBOT, is a specialized therapy that uses an increase in atmospheric pressure to allow the body to absorb more oxygen into blood cells, plasma, and cerebral, spinal, and other fluids.

HBOT is based on the fact that at higher altitudes air is “thinner,” meaning there is less available oxygen for the body to absorb. At lower altitudes the opposite is true. At a lower altitude the pressure is greater and the body can more easily absorb oxygen. Being in the pressurized HBOT chamber is like being at a lower altitude where the body begins to absorb a healing dose of oxygen which is infused into every cell of the body. This increase oxygen exposure is critical for the improved healing response of our cells and nervous system.

Hyperbaric Oxygen Therapy helps athletes at all skill levels heal quickly and get back ”in the game.” Many sports injuries involve strains and sprains, which naturally cause swelling and edema (accumulation of excess fluid in connective tissue). These natural reactions to injury compress blood vessels and restrict the vital flow of oxygen-carrying plasma and red blood cells to the injury site. Cells and tissues surrounding the injury site become starved for oxygen, which impedes healing. In extreme cases, cell and tissue death can occur. (Reads a little harsh!)

Hyperbaric oxygen therapy saturates the blood plasma and hemoglobin with oxygen. The red blood cells become more malleable as well, increasing their ability to penetrate restricted blood vessels. Life-giving oxygen is therefore able to reach the injury site so that cells can heal and the immune system can fully defend the body against harmful agents. Healing time is reduced significantly, and athletes get back into play faster. 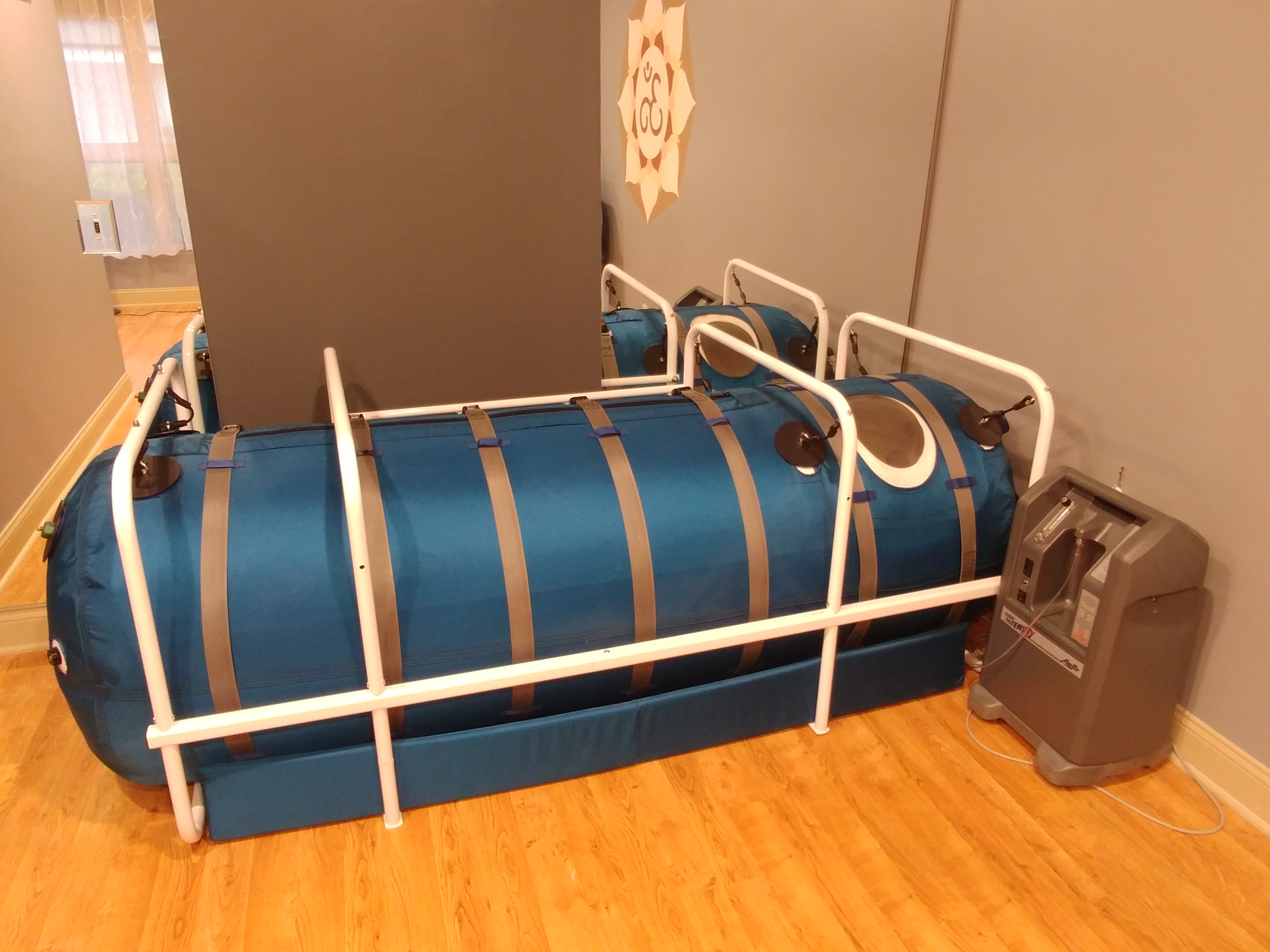 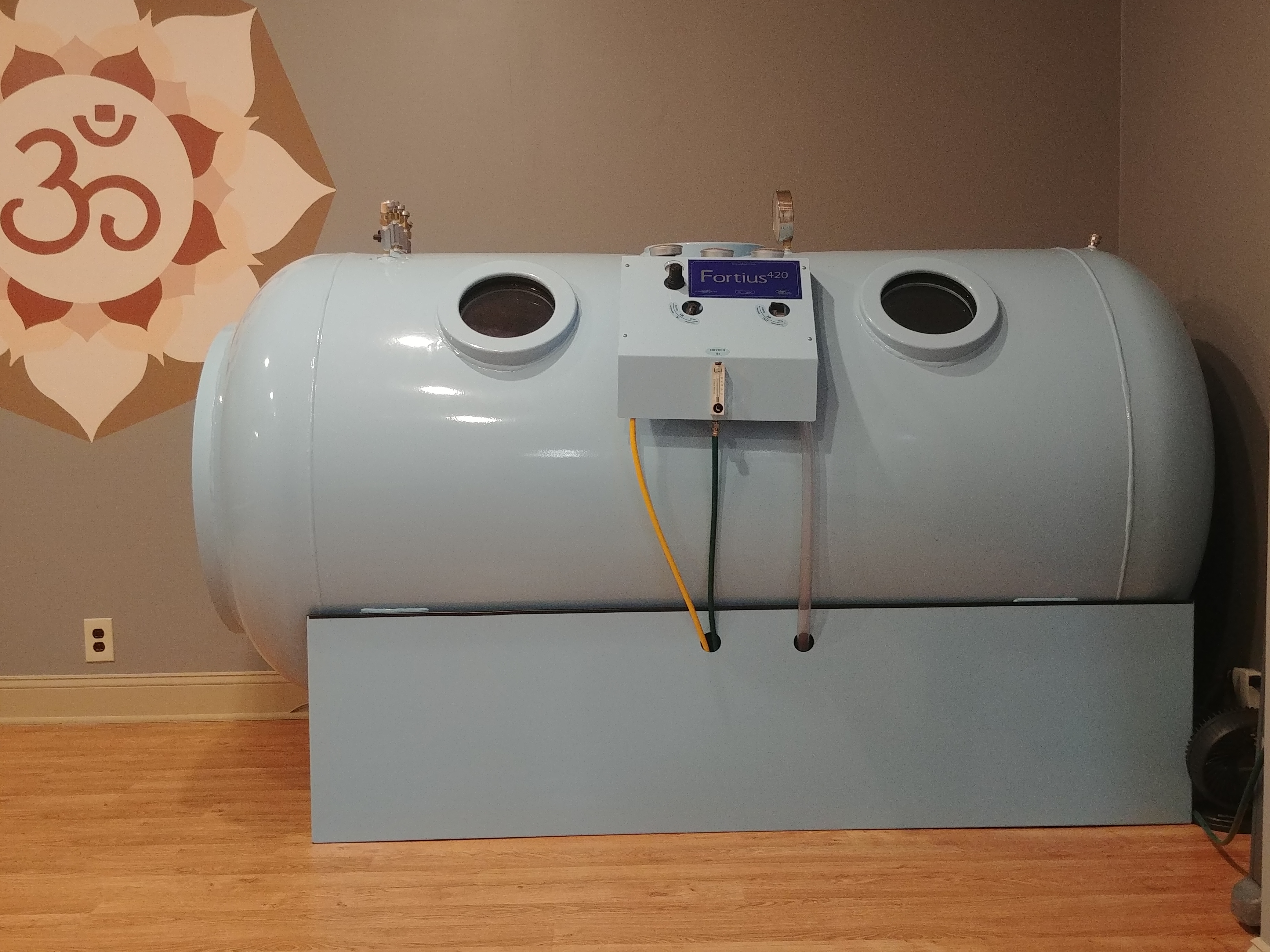 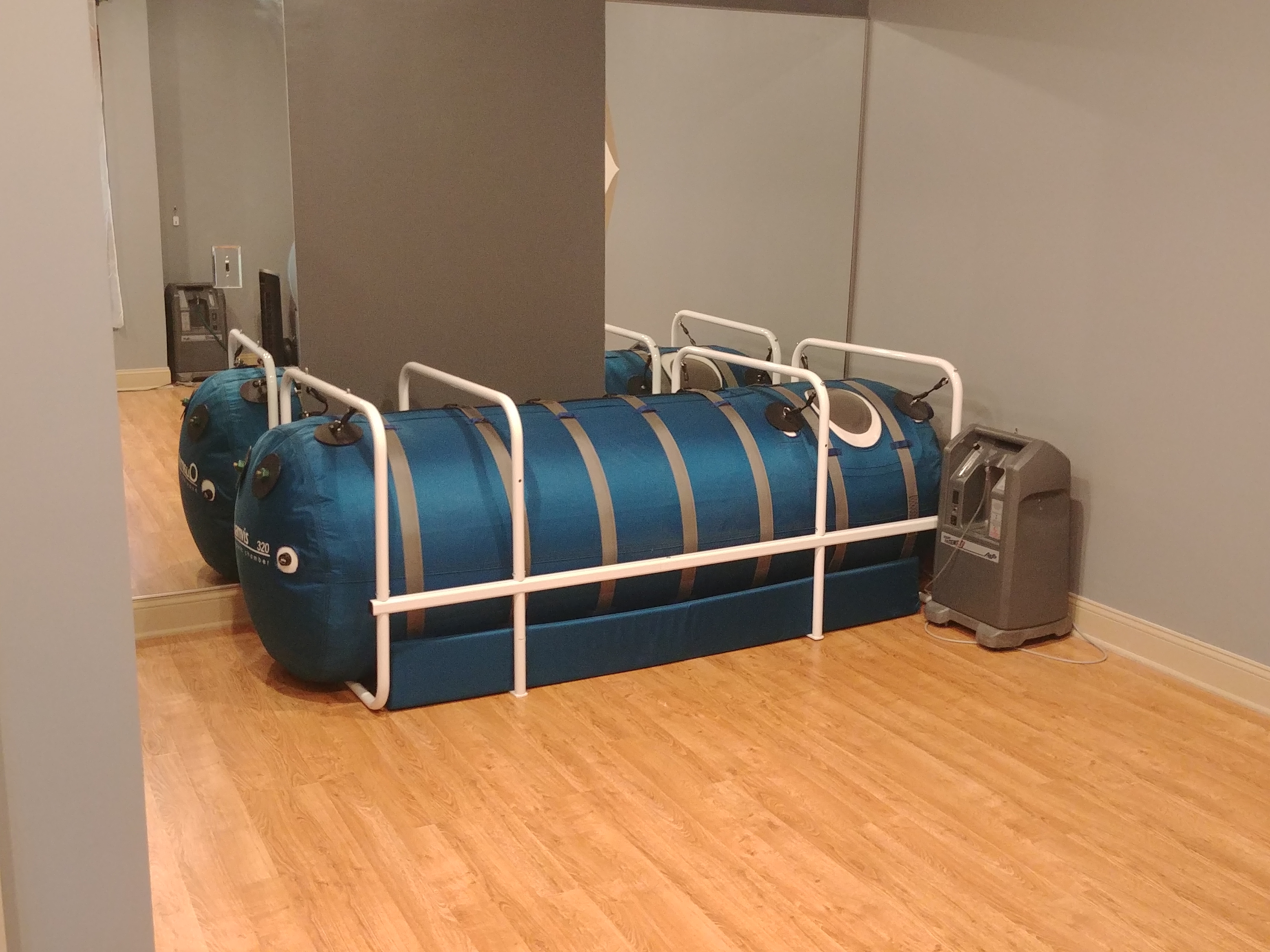